It is important for the company’s director to determine whether to pay their shareholders dividends or keep the money to further invest in the company. Dividend is only payable out of the company’s profits, so the company will need to consider carefully how to use this sum. Shareholders are not entitled to dividends, and they cannot compel the company to pay dividends to them. 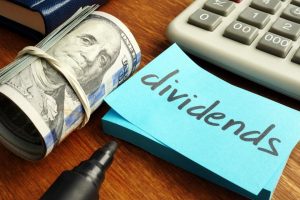 Where did the funds for Dividends come from?

Dividends are paid through the company’s profit or reserves; hence if the company has not been making money since the start of the operation, there are no dividends to be paid out. Dividends can be paid as stock shares, but most companies will provide cash dividends to their shareholders.

They are only distributed after the company has taken into account all their losses and any costs, so it will be the remaining sum from the company revenue. Think of it as a form of bonus payout for shareholders who have invested in your company. Dividends are not taxed due to Singapore’s one-tax system.

If there are no profits available to pay for dividends and the director still permitted dividend payout, they will be liable for legal consequences under the general law and company policy.

How many Dividends to distribute to Shareholders?

For both interim and final dividends, you will require a directors’ resolution in order to issue the dividends. The Corporate Secretary of the company will be responsible for issuing such resolution after approvals from all shareholders at the end of the financial year (Final) or during the year based on the estimates of the Company’s financial (Interim). The director can determine the dividend rate, and shareholders can vote on and approve the dividends rate.

If your company need any advice on Dividend payout, any support regarding company registration in Singapore or payroll outsourcing, contact us for a free consultation.